In February we were on holiday on the Fleurieu Peninsula south of Adelaide.  In 42 degree heat (that's over 105 deg F for those in the USA) we took a look around the Willunga Farmers Market in the McLaren Vale (most famous for its wines).  We found a little stand selling cheeses (yes, from a refrigerator!) and were attracted by a small goat milk cheese wrapped in vine leaves.  This reminded me of the French Banon, which is also made from goats milk, but is wrapped in chestnut leaves.  I had researched a little about Banon during my studies, but have not tried it myself - so we thought we woudl try the Vigneron.

Vigneron is made by Woodside Cheesewrights, a small producer in the Adelaide Hills region.  During production it is washed in white wine, presumably before it is wrapped in the vine leaves.  There was also some white mould under the vine leaves.  As I mentioned, it looks fantastic and is beautifully presented.  I couldn't wait to try it out! 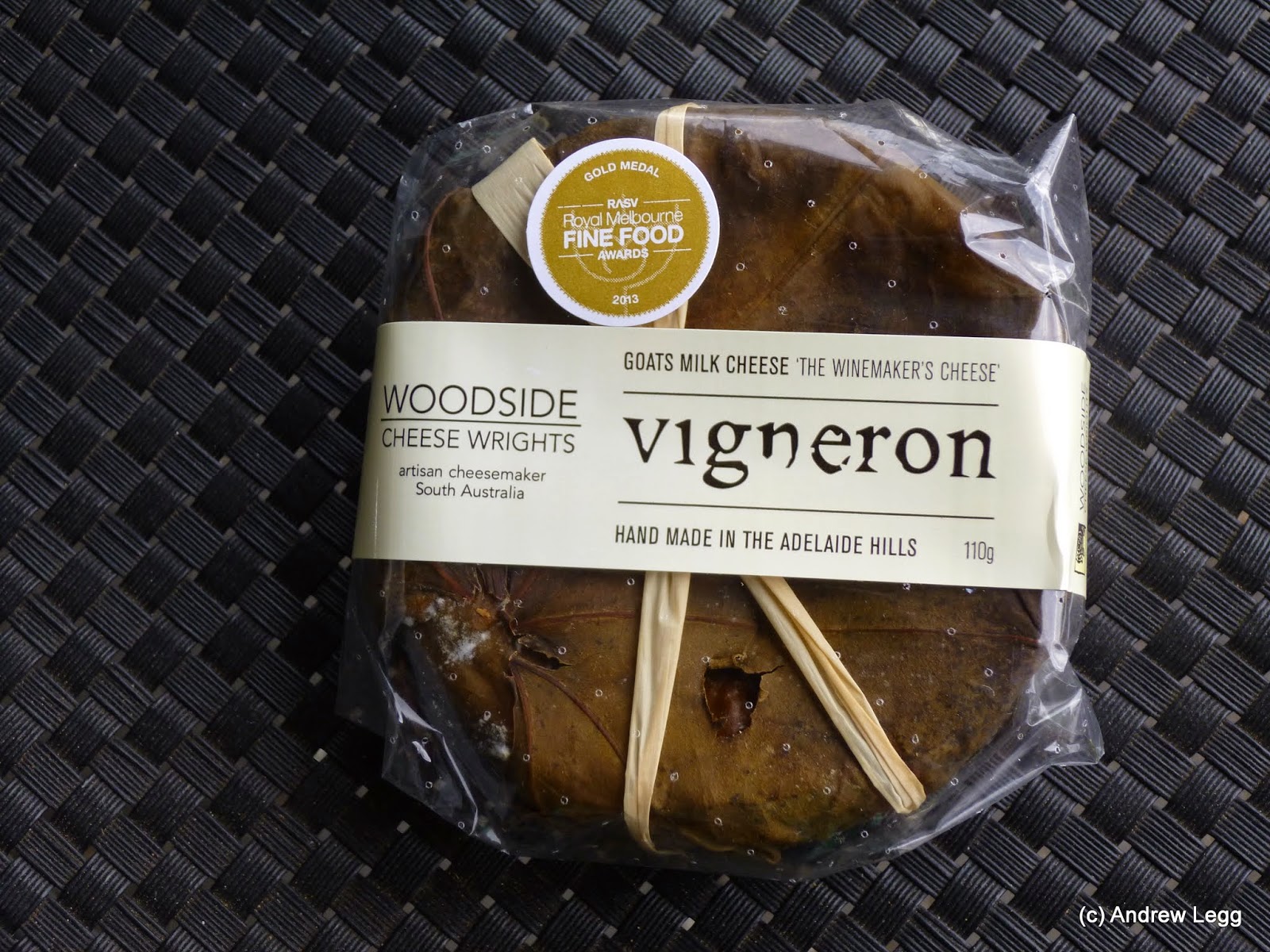 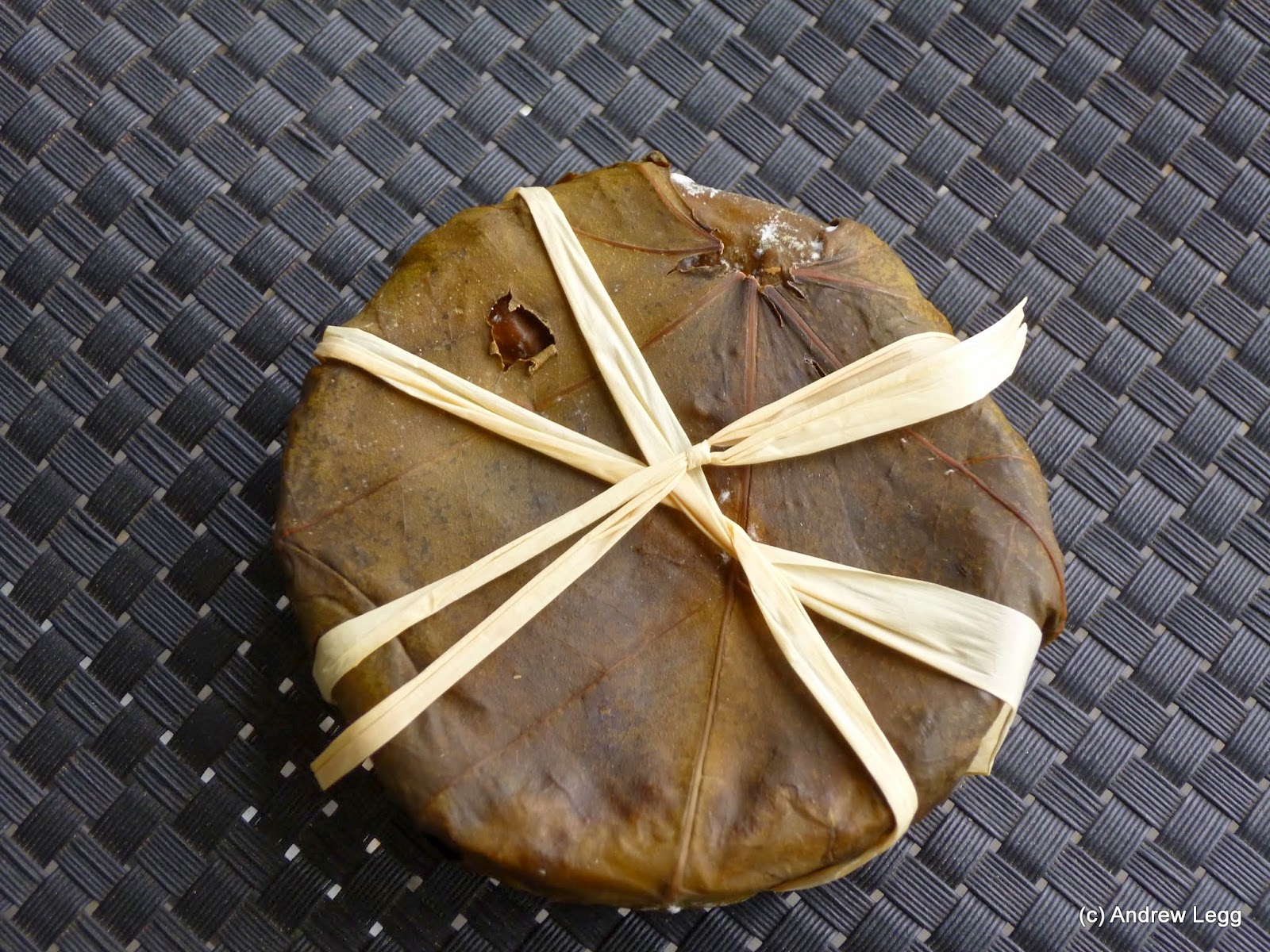 We first cut the cheese in half.  It had a pleasant goaty aroma (not like a billy goat), with a slightly earthy note form the leaves.  There was quite uneven ripening through the cheese - the bottom side was turning quite liquid, and the top half was still an acidic, unripened curd.  Although in a goats milk cheese like this the unripened acidic curd still has a nice smooth texture (where in a cow's milk cheese I would expect it to be chalky and unpleasant).  Still, the overall difference between the two parts of the cheese felt like we were eating a nicely ripened goat camembert and a fresh lactic curd cheese both in one mouthful. 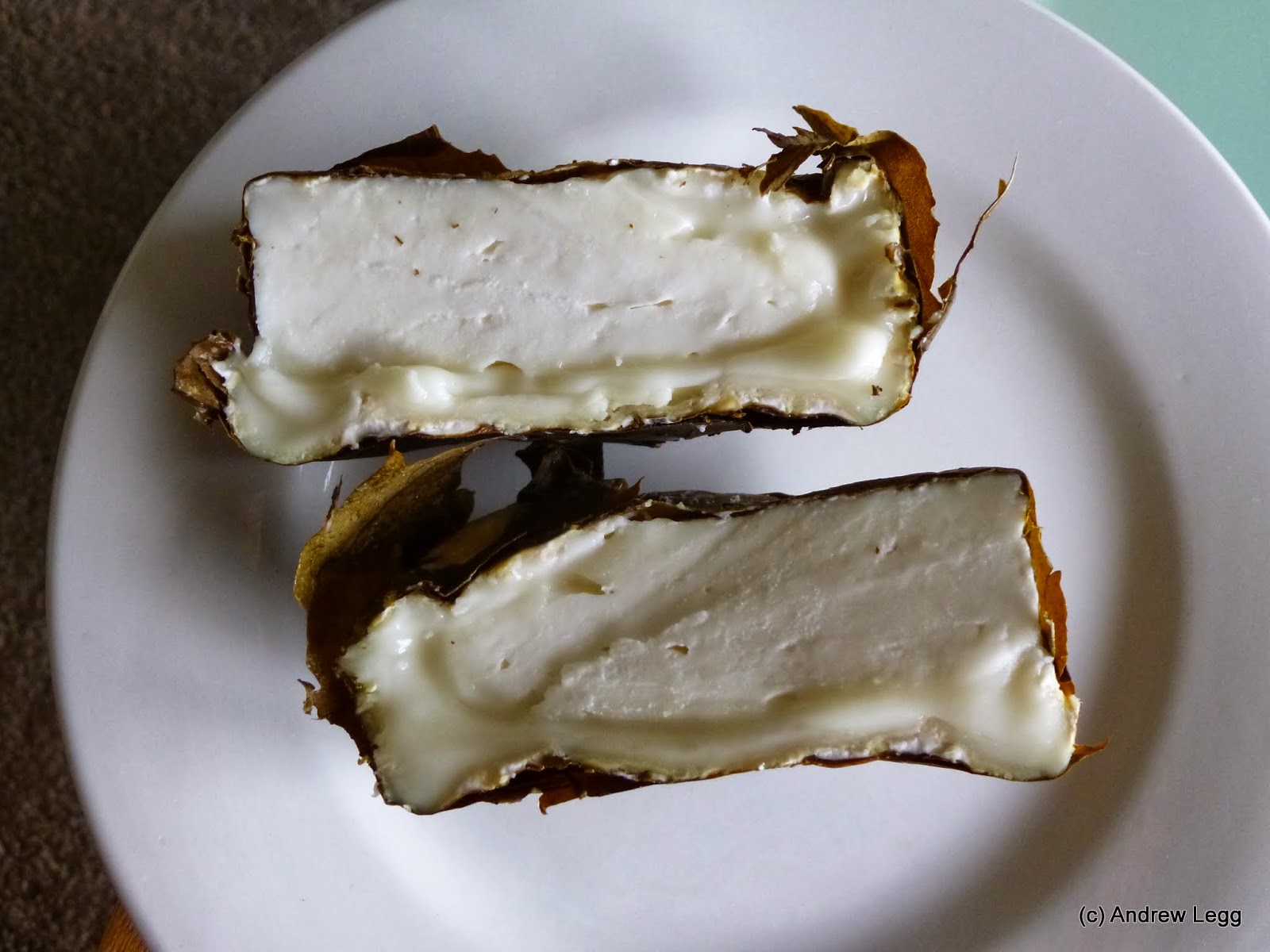 Flavour wise, the ripened part was sweet, with some mushroomy notes from the rind.  There was a distinct flavour imparted from the vine leaves, with a slight bitterness at the end.  I quite liked the overall flavour of the cheese, but my wife and father-in-law both found something in the aftertaste that they did not like - so I was able to finish the whole thing myself (not all in one go - but in two sessions).

Overall, an interesting cheese.  Perhaps it will not suit everybody, but worth a try at least once.  To give credit to Woodside Cheesewrights, the specific cheese we tried was probably not the best example of Vigneron available, given the number of awards this cheese has won.
Posted by Andrew Legg at 9:47 AM