Jan Walter kindly allowed me to taste through most of her 14 cheeses, which ranged from fresh cheese, to farmhouse hard ripened cheese at multiple ages, mould ripened styles and a washed rind.  But the one that caught my imagination was called "Blue Mistake". As Jan explained, some of their "farmhouse" hard style cheeses had a little openness in the curd and started growing some blue mould whilst they were maturing.  Rather than give up on the cheese like many large manufacturers would have done, Jan kept aging the cheese, and eventually when it was quite mature it was vacuum packed.  There were only a few pieces left, so rather then asking Jan to open one up for me to taste, I purchased one to take home and try out later on.  I definitely did not regret that decision. 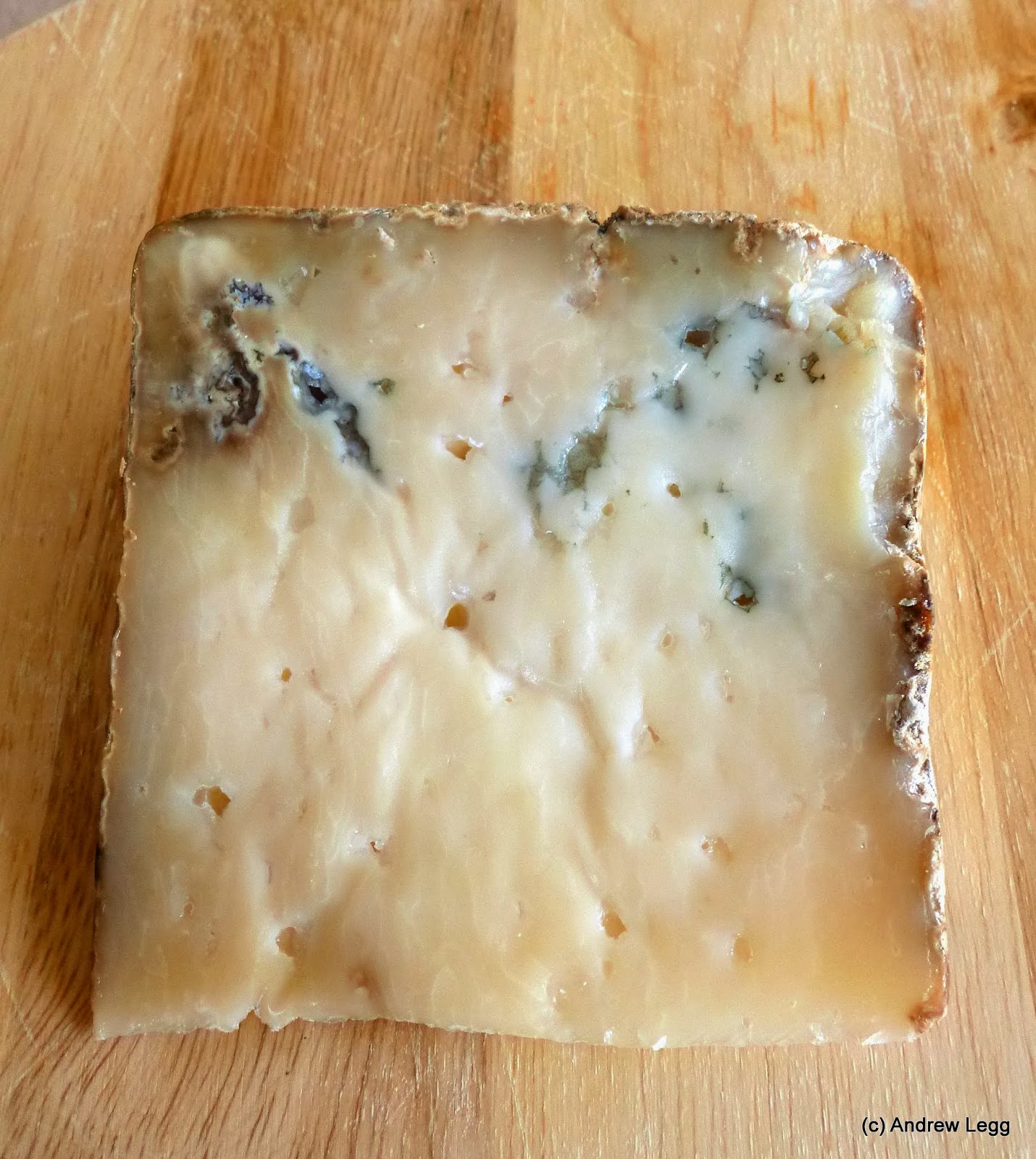 The Blue Mistake had a great looking rind, all dark and blotchy with mixed moulds.  The aroma of the cheese was earthy, slightly "blue" but not strong, and lacking the strong lipase/fatty acid aroma many strong blues have (think Danish blues).  It was a lower moisture cheese so the blue enzymes hadn't run rampant over the rest of the cheese flavour development.

The texture of the Blue Mistake was actually more moist and less firm than expected. The flavour was salty and earthy.  There were some free fatty acids from the blue mould, but these were nicely in balance.  It had quite a subtle but complex flavour - made me think of some cheeses I have tried from Europe where the animals have been fed on a mixed pasture rather than a straight grass pasture. The blue was mostly around the outer 1/3rd of the cheese - although in this case that can't be considered a defect as the blue wasn't originally intended to be part of the cheese!

What I really like about this cheese was that the cheese itself was delicious and complex on it's own, with the blue mould adding an extra aspect to appreciate.