#45 - Goat Camembert by Over The Moon Dairy 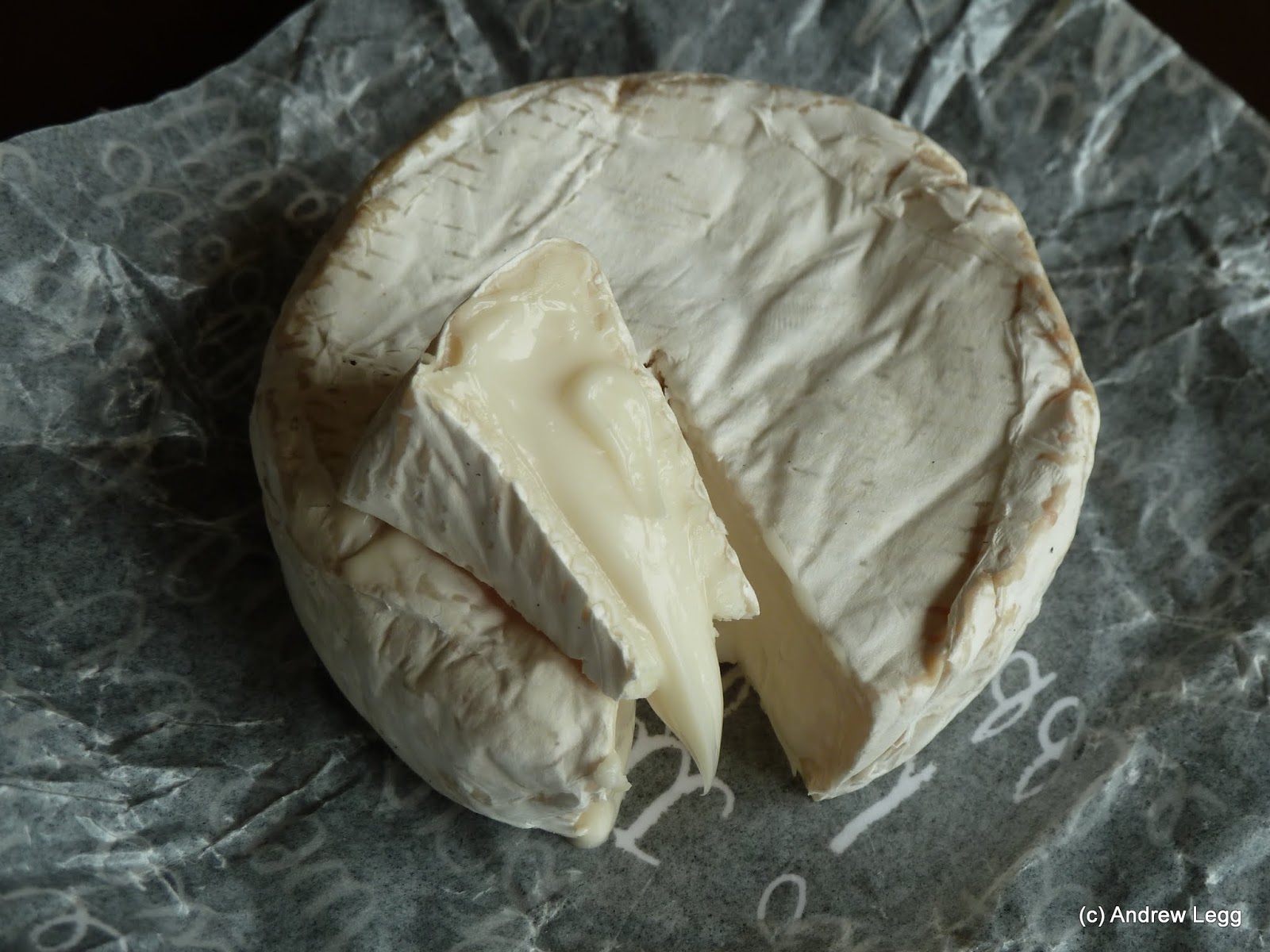 On our way home from visiting a friend in Hamilton, we called into Over The Moon Dairy in Putaruru to see what cheesy treats they had in store.  The New Zealand Cheese School also operates from the same location, and between Sue, Neil and their cheese makers there is always some interesting cheese in the pipeline that may not be available at other retail locations.  The other benefit in buying direct from where the cheeses are made is that often there may be cheeses that are perhaps a little too ripe to be sent through the normal distribution chain to shops around the country - there may be only a few from a particular batch but it is possible to pick up some exceptional cheeses.

Case in point - when we dropped in there was a Manager's Special on the Goat Camemberts, and they felt nice and ripe, so for $3 we grabbed one without a second thought.  These were 10 weeks old and needed to be eaten straight away.

The rind appearance showed some age and a little colour suitable for a ripened camembert.  There was no 'goaty' aroma at all, which suggested the cheese had been made with good quality milk and with care during manufacture.

The paste was perfectly ripened all the way through - it was soft, creamy and smooth but not runny. It also had a lovely clean white colour typical of goats cheese.  The rind texture had a slight bite, but was still tender and not too thick - the texture balanced well with that of the cheese.

The flavour initially had a clean hit of goat milk, with some complex mushroomy and gentle herby flavours coming in.  The overall flavour was not as complex as a traditional French Camembert (which can often be a little too much for many people anyway), but still had loads of flavour - much more than many of the "Camemberts" on the market in New Zealand.

Between four of us this cheese did not last very long.  The more refined of us ate it on crackers (it didn't need anything else) but I just scoffed most of mine on it's own.  What a delicious cheese - I certainly will be looking for more next time we pass through Putaruru.