Back in January I was doing a bit of travelling around to visit cheese makers in neighboring regions, and picked up some Feta cheeses.  Feta is a well known, popular cheese style  - but it comes in many different varieties:
Lets not get hung up on the correct legal definition here. You can pretty much get anything these days and usually this will depend on what is popular in the local market (or whatever process the local manufacturer was prepared to invest in).

So, rather than try and 'review' some Feta cheeses by trying to fit them to some narrow definition, I have taken these three Kiwi cheeses for what they are, and described them in the hope that one or all of them appeals to readers.

The colour is very white - typical for goats milk feta. The aroma is slightly lemony and slightly goaty (in a good clean way - not a dirty billy goat smell!).  The first impression of taste is that the cheese is very salty - however this seems to be caused by the brine that has collected around the outside of the cheese in the vacuum pouch packaging.  When the surface of the cheese is rinsed off, the cheese itself is not overly salty. So you can partly adjust the saltiness of the cheese to your taste by choosing to rinse or not. This cheese had a nice traditional Feta texture - slightly dry in the mouth at first but still moist and cohesive. The flavour was clean and with a pleasant hint of goat's milk.

You can actually smell the chili in this one when you open the package.The texture is very nice, similar to the plain feta above.  The cheese flavour here seems a little bland, followed by a good punch of chili.  To be honest, the chili probably distracts the taste buds from those cheese flavours.  There was a little sweetness to the chili as well, which I liked, and the Chili is only a medium heat so not over the top unless you really don't like chili. 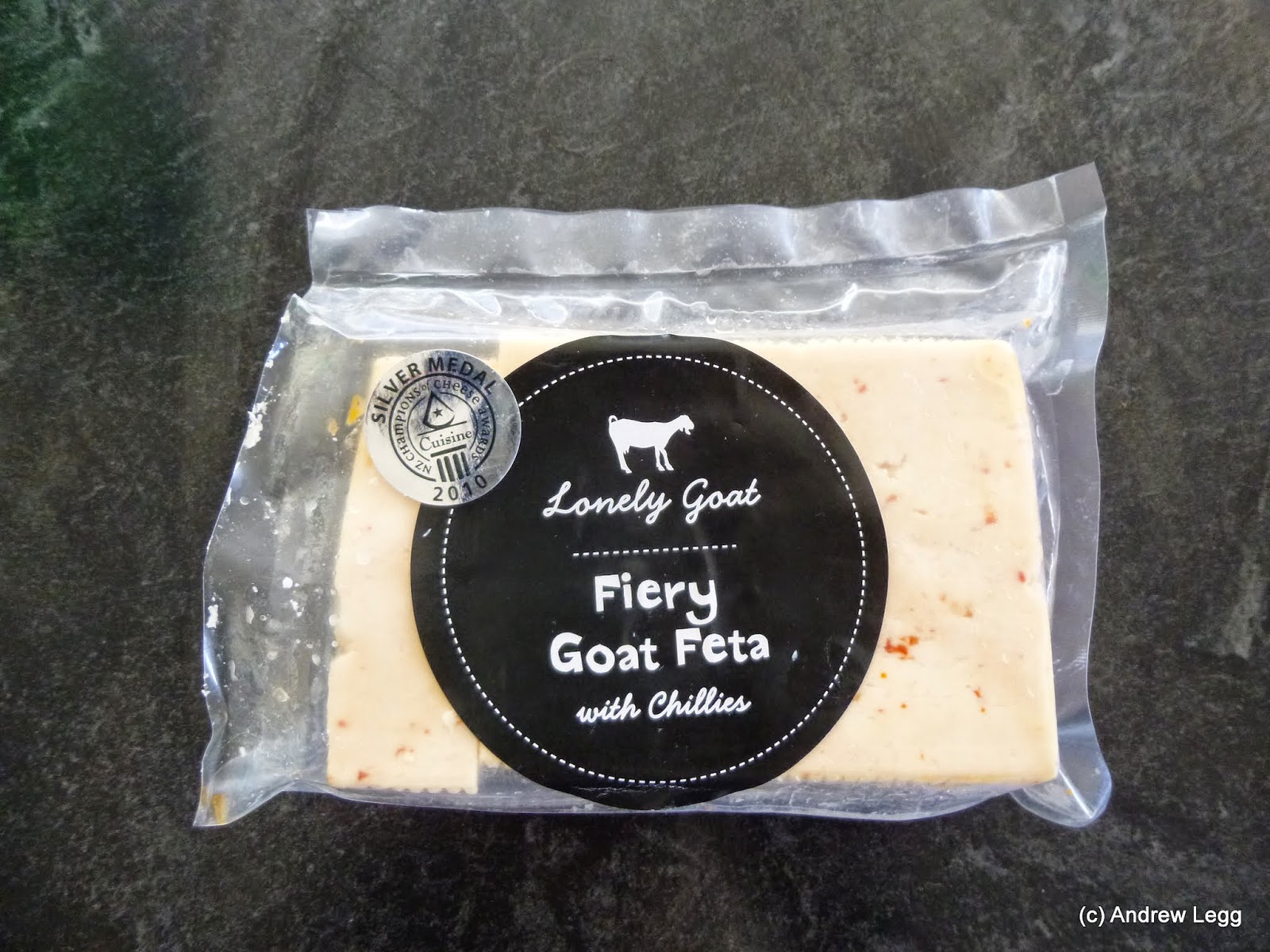 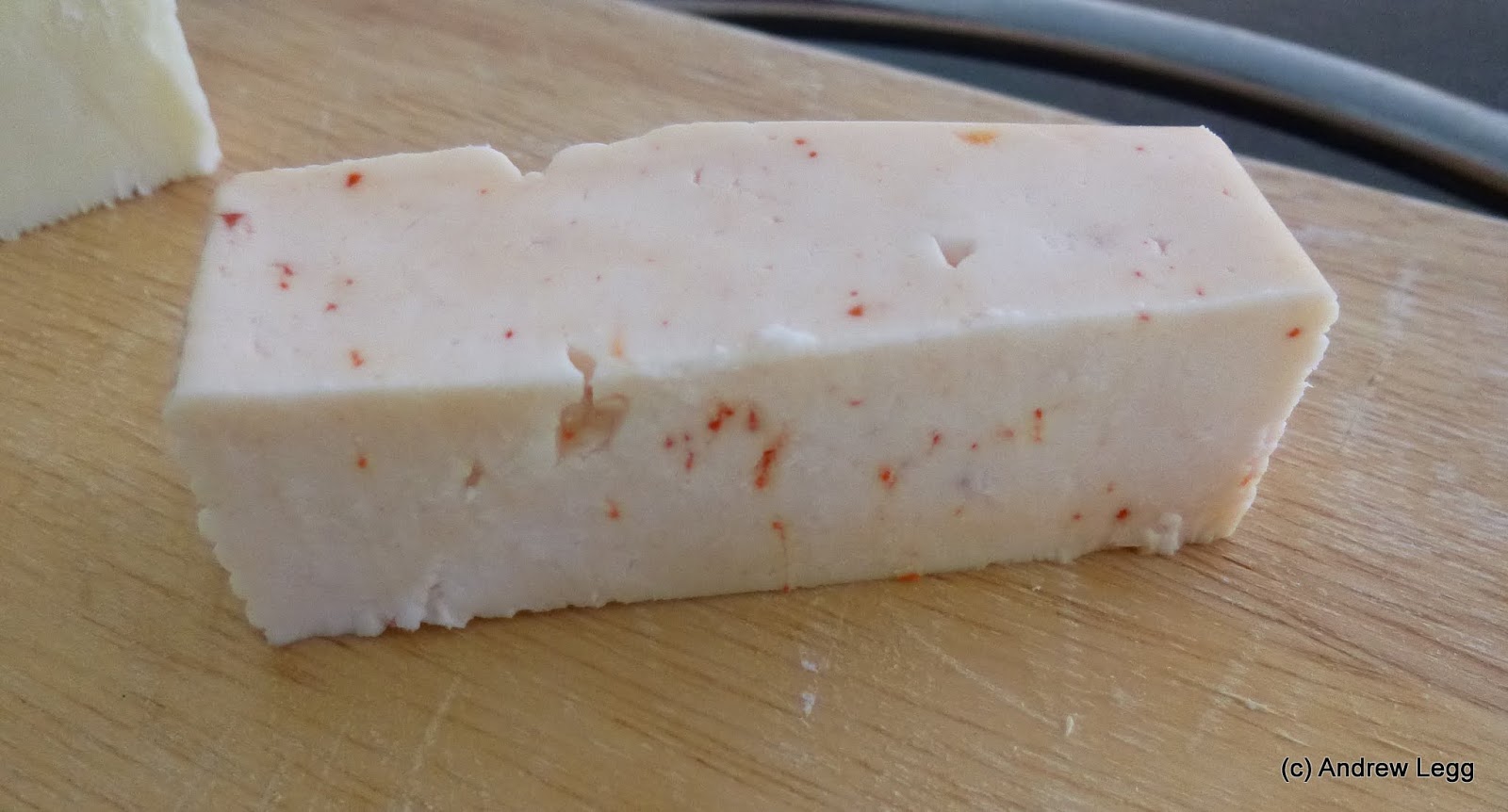 This is a ewe's milk Feta, named after the beach settlement of Castlepoint out on the Wairarapa coast. This cheese is typically aged for 9-12 months before it is sold - and cheese maker Miles King says it sells like hot cakes at the local farmers market. I can see why - it has loads of flavour.  There is a typical smell of broken down fat (caused by the the milk enzyme lipase) that can be a little off-putting to some people not used to an aged Feta (think of a strong blue cheese).  In this cheese the flavours are balanced well - strong savoury flavours matched with salt, and fatty acids from the ewe's milk. The texture is quite firm and a little elastic - somewhat similar to a younger cheddar. This is a very pleasant cheese to eat, especially if you want to try something with a bit more flavour than bland supermarket versions. 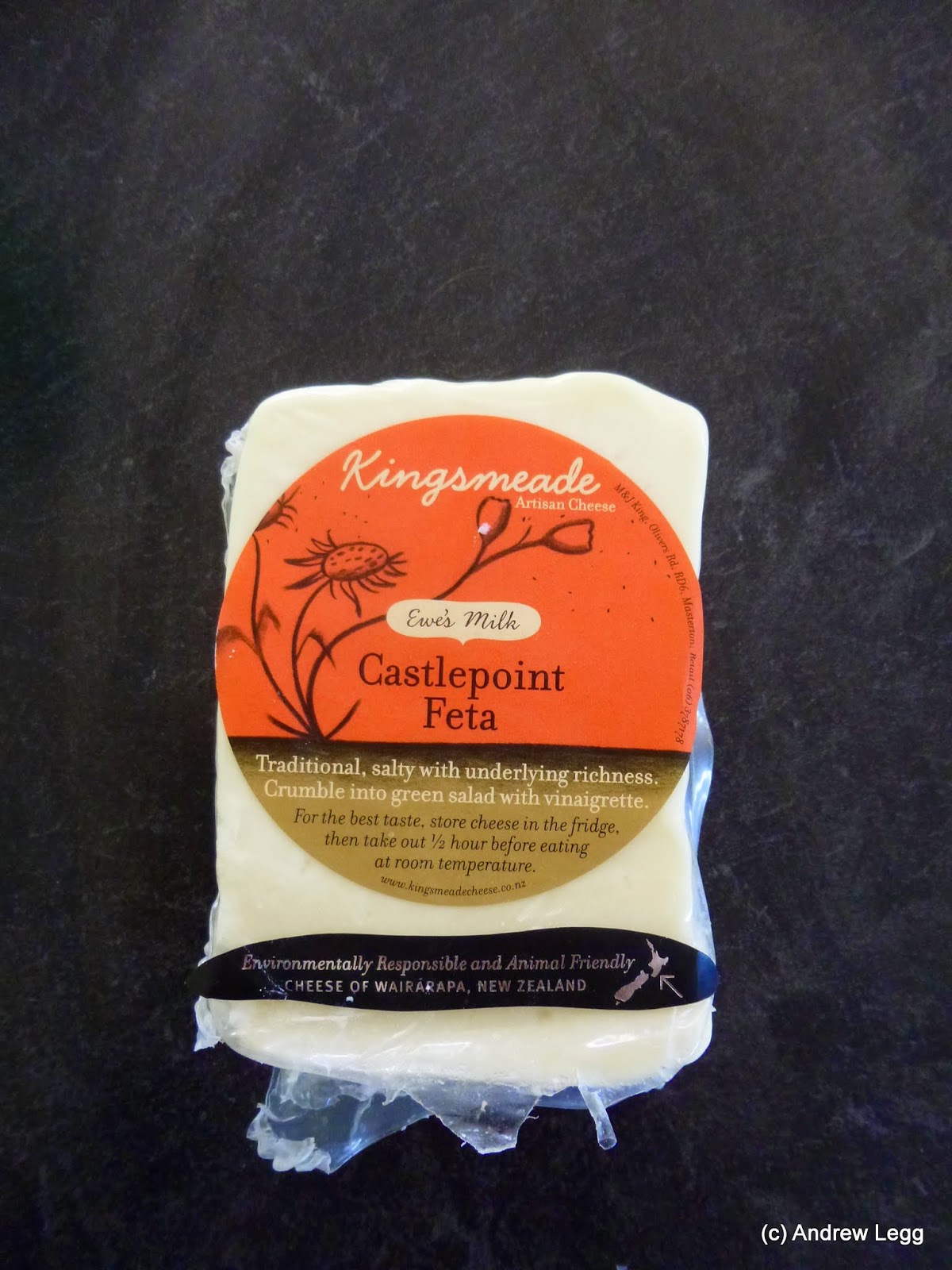